I am very honored to announce that I am now the composer-in-residence with the wonderful Württembergische Philharmonie Reutlingen . This residency began this past Saturday (December 1st, 2018) evening with an open rehearsal of my Ramal for orchestra, and followed by a sold out performance on Monday night. The residency will continue into the 2019 – 2020 season and will include the world-premiere of my Clarinet Concerto: Adrift on the Wine-dark Sea (September 2019) with clarinetist Kinan Azmeh, a performance of my Dabke for string orchestra, as well as a commission for a new work for choir and orchestra to celebrate the 75 anniversary of the WPR and the 75th anniversary of the end of World War II, which is when the WPR was founded.

In addition, I will be resident composer at the Grant Park Music Festival in Chicago which is celebrating maestro Carlos Kalmar’s 20th season as its general music director. I am currently composing for GPMF a work for choir and orchestra titled A Whitman Cantata with text by Walt Whitman. 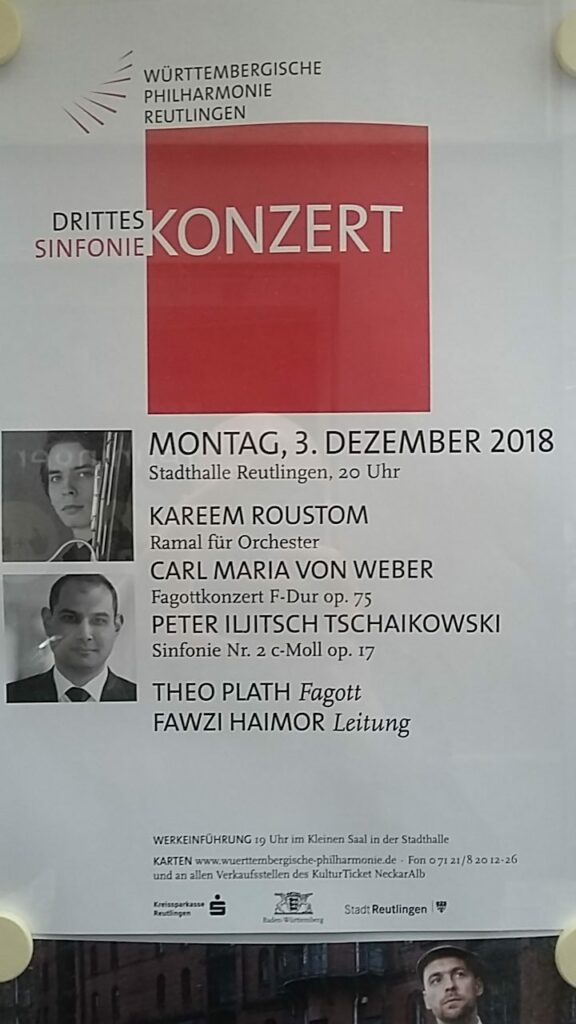