What’s behind this number? This is a page from my Armenian Dances; an arrangement of traditional dances from the Vasbouragan region of Armenia for the Landmarks Orchestra and Sayat Nova Dance Company. The parts and score finally were completed and delivered today; the same day that the German government recognizes the Armenian genocide. There are several dances in this movement and each is titled with only a number. The reason for this is not without insignificance. Vasbouragan was part of Western Armenia but is now part of Eastern Turkey. As I understand the history, during WWI there was a panic in Vasbouragan caused by rumors of an impending Ottoman attack. This caused a massive evacuation of the area, under Russian troops, which came to be know as “the great retreat.” Thousands died, at least 150,000 Armenians were displaced, and the region was lost to Turkey. According to a colleague, the titles of each of these dances in mvmt. II have been “erased” from history. No one seems to know what these pieces are called but the music has survived and is only known by the region it was from. Despite their very joyous sound, there is a dark history behind these dances. I’m humbled by the provenance of this music and I took special care with arranging it. I hope that you might come hear it and see the amazing Sayat Nova Dancers on August 17th at DCR Boston Hatch Shell. 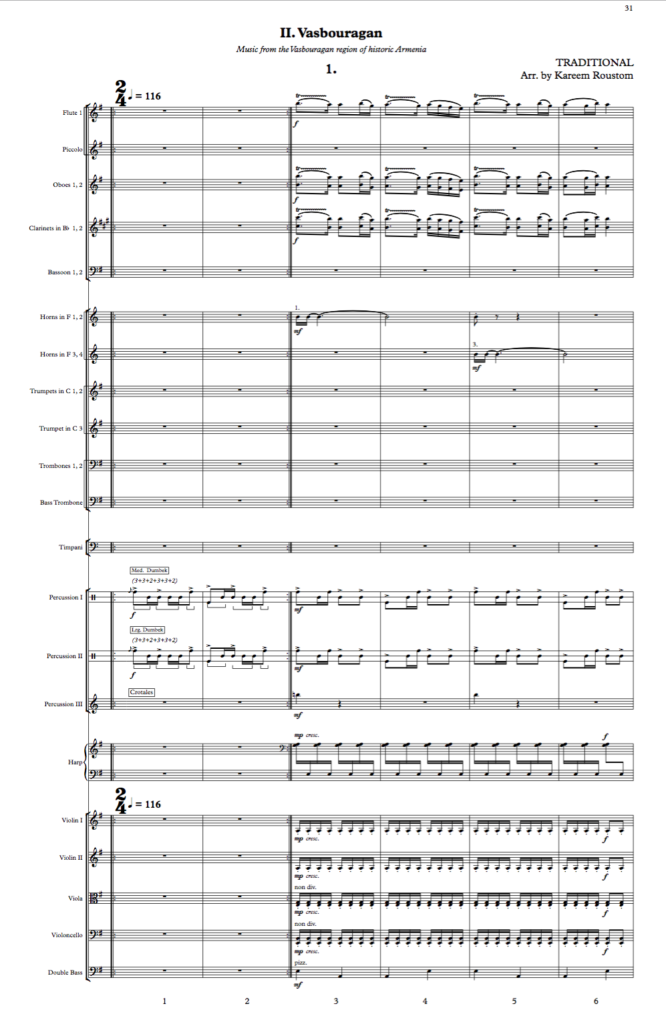