At Boston’s Jordan Hall this past Friday May 17th saw the premiere of a new work, Hurry To The Light, that was co-commissioned by the Grammy-nominated string orchestra A Far Cry and the women’s chorus Lorelei Ensemble. This work is based on a new translation by Emily Wilson of Homer’s The Odyssey . The Boston Globe covered this project with both a preview  by David Weininger and a concert review by Zoë Madonna. 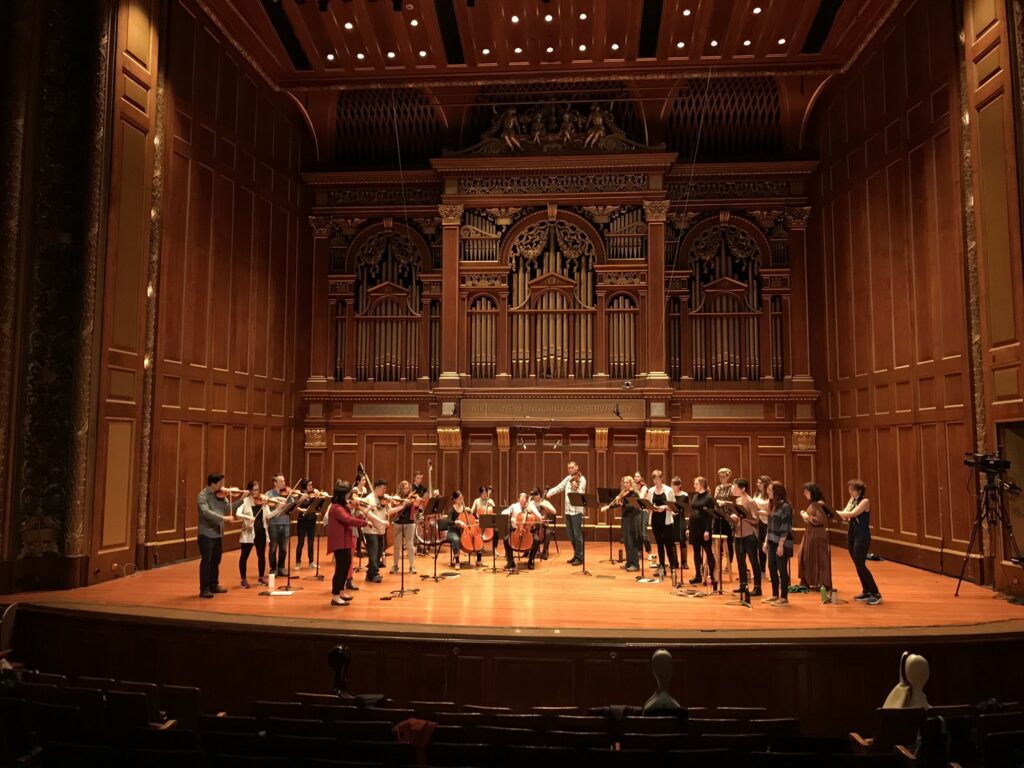 Likewise, the Boston Music Intelligencer (which has in the past offered a very uneven quality of music criticism) offered a Q & A with A Far Cry’s Sarah Darling and Lorelei’s Beth Willer.  A review of the concert by Steven Ledbetter followed here.

Most importantly, the audience responded enthusiastically to the premiere of Hurry To The Light as well as the entire program. I was really struck Jessica Meyer‘s work-in-progress for Lorelei and I look forward to hearing that completed work. To have also received so many positive comments from the performers is incredibly gratifying. I hope that this work will be repeated in the not too distant future as it is, perhaps, the first full work that I’ve written for voices that I feel happy about (for the moment, at least 😉