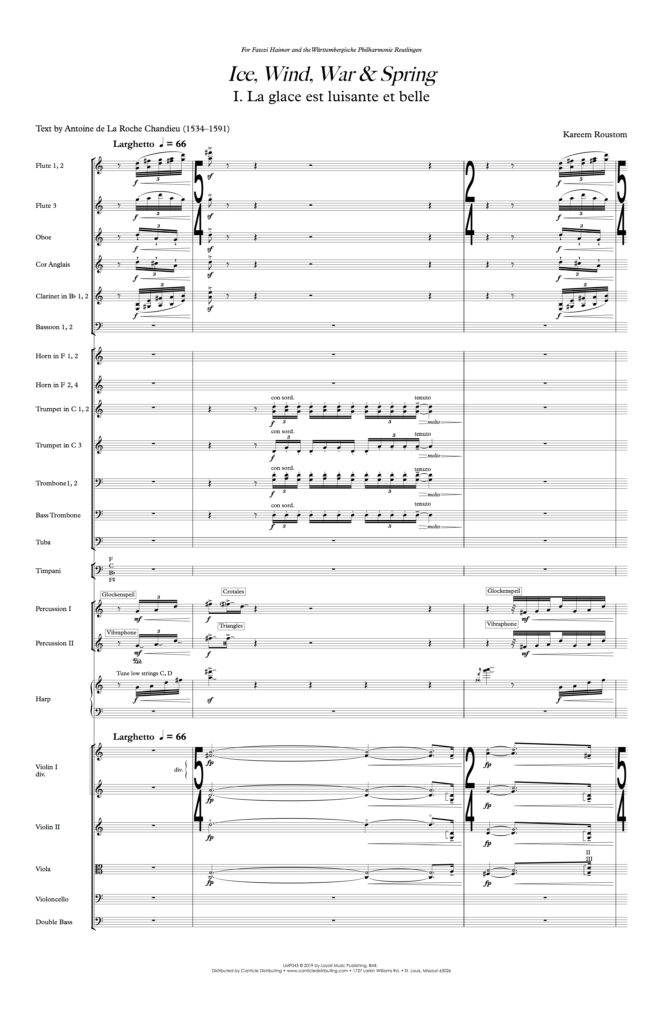 Some works need more time than others and this new work is no exception . The most difficult part of writing vocal music, at least for me, is putting someone else’s words into my mouth. Choosing text for a work such as this was time consuming and difficult, but very rewarding. To begin with there is the occasion of the commission. 2020 Will mark the 75th anniversary of the founding of the Württembergische Philharmonie Reutlingen; the commissioner of this work and where I am currently composer-in-residence.  2020 is also a big Beethoven anniversary and it is, more importantly, the 75th anniversary of the end of World War II.  The Württembergische Philharmonie Reutlingen was founded out of the rubble of WWII. At that time the city’s mayor was Oskar Kalbfell, who was appointed by the French occupying forces. I am told by WPR’s intendant that Kalbfell was instrumental in founding the WPR 75 years ago. Kalbfell felt that the city not only had to rebuild its homes, hospitals, schools but it also had to rebuild its cultural institutions, the orchestra being one of them.  I had a very interesting visit to the Reutlingen City Museum where I learned about its booms and busts over the years, the great fire, its notable figures. Tucked in the basement was the darkest chapter of its history; the period of the National Socialists.

With such a loaded history and with a world that is swinging (foolishly) to the right what text does one choose for such a commission? To begin with I always do my best to avoid using text that is under copyright so that is a starting point.  In search for text for a previous commission (Turn To The World: A Whitman Cantata) I came across a beautiful poem by Walt Whitman titled Reconciliation. This became the emotional cornerstone of the work. The openning texts were by two Huguenot poets/pastors; Antoine De La Roche Chandieu (1534 – 1591) and Simon Goulart (1543 – 1628). Both wrote a type of poem called Octonaire that were written after the St. Bartholomew’s Day Massacre and were meditations on evil and the fleeting nature of earthly joys.  I placed these poems at the openning of my work to give voice to the victims of violence.

The last poem is by Rainier Maria Rilke (1875 – 1926) and is titled Vorfrühling (Early Spring).  For me, this poem speaks of the promise of re-birth and renewal but does so with great subtlety and beauty. I couldn’t see ending this work with a big ‘Ta-daaaa!!!’ and this text felt right.