Congratulations to clarinetist Kinan Azmeh on the forthcoming February 8th European release of his new CD, Uneven Sky. This is quite an achievement as it included the recording of four large scale concertos, one of which was his own composition. The CD was recorded in Berlin with the fabulous Deutsches-Symhphonie Orchestre, as well as in Boston for a duet with Yo Yo Ma. The CD also feautres the world-premiere recording of my Clarinet Concerto: Adrift On The Wine-dark Sea. The US release will be around of March 2019. 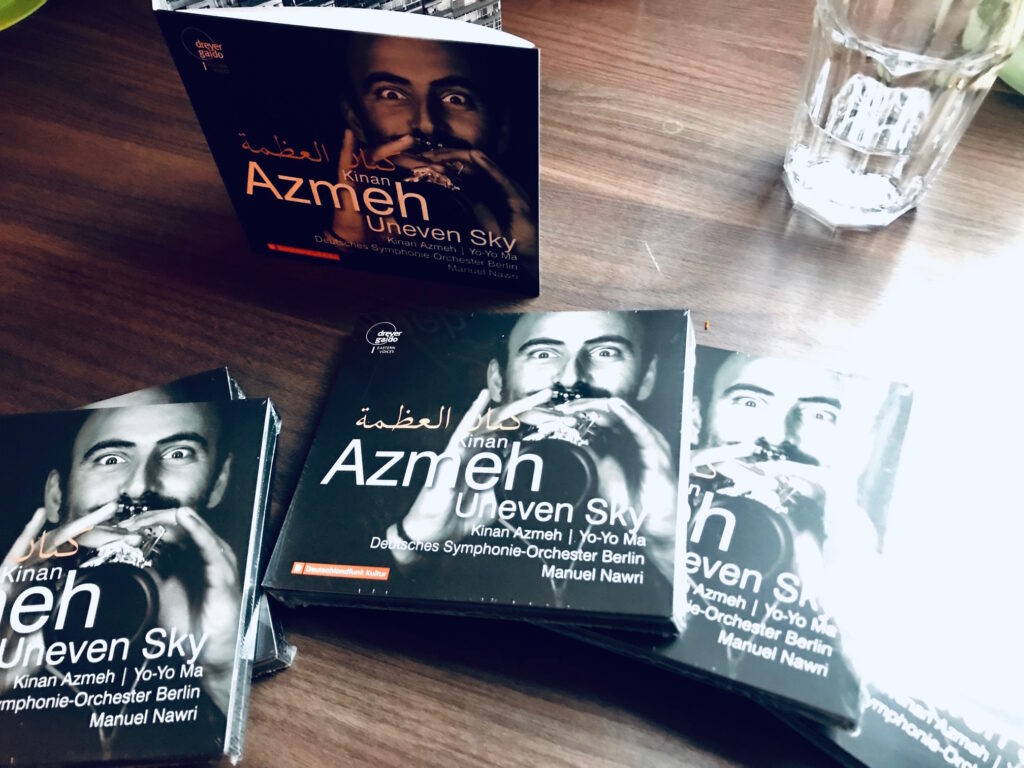